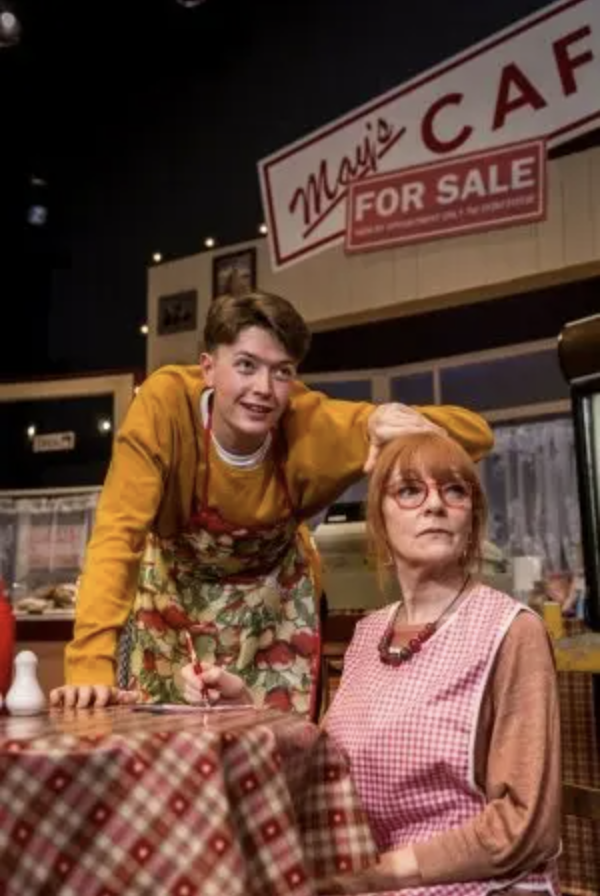 Following a sellout, five star run at London's Park Theatre in 2020, Relish Theatre, in a co-production with Norwich Theatres, is bringing Time and Tide back home.

Batten down the hatches, a storm is coming. May runs a crumbling caff on the end of Cromer Pier. Her delivery man, Ken, is running out of customers, thanks to Costa. Nemo is desperate to tread the boards in London. His unrequited love, Daz, is burying his head in the sand over his best mate leaving.

Time And Tide is an LGBT comic drama about a Norfolk community struggling with change.

Time and Tide was longlisted for The Verity Bargate Award, the Bruntwood and Papatango Playwriting Prizes, and developed as part of Park Theatre’s Script Accelerator Programme. Nominated for 2 Off West End Awards at Park Theatre (Best Supporting Performance and Best New Play).

Relish Theatre is a previously Norwich based theatre company, dedicated to showcasing the work of regional talent. Previous work include Cuttings (The Hope Theatre), Unicorn (Theatre N16), A Matter Of Life And Debt (Edinburgh Fringe) and the podcast Theatre Feuds!

‘It is touching, truthful, funny and well worth spending time on’ ★★★★ The Reviews Hub