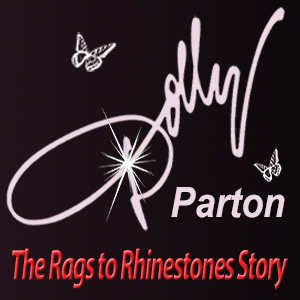 AN EVENING WITH DOLLY PARTON – THE RAGS TO RHINESTONES STORY

The Rags to Rhinestones Story is a dynamic, high energy theatre production that is widely considered as the foremost tribute to Dolly Parton. It is performed by the award-winning Julia Martin, and has been delivered to audiences around the world, with standing ovations on every occasion. After appearing on Sky Television Julia was described as ‘Phenomenal & Outstanding’, and in 2018 & 2019 Julia was presented with the accolade of the UK’s No1 Dolly Parton tribute by the National Tribute Music Awards (NTMA). The show has been described by audiences as totally authentic in every way, and not only captures Dolly’s incredible stage presence, mannerisms, charisma, and unique comedy one-liners, but also delivers a spectacular evening of entertainment, that no true Dolly fan will want to miss.

In a tribute to Dolly’s unparalleled appeal, 'The Rags to Rhinestones Story’ will combine stunning replica costumes, classic hit songs, and a portrayal of Dolly’s epic Glastonbury performance, into a sensational sound, light, and visual theatre production. Julia struts across every inch of the stage, quite simply redefining the words ‘crowd pleaser’, delivering a performance of foot stomping entertainment and banter, guaranteed to enthral the audience from start to finish.

SKY TV Cruising with the Stars