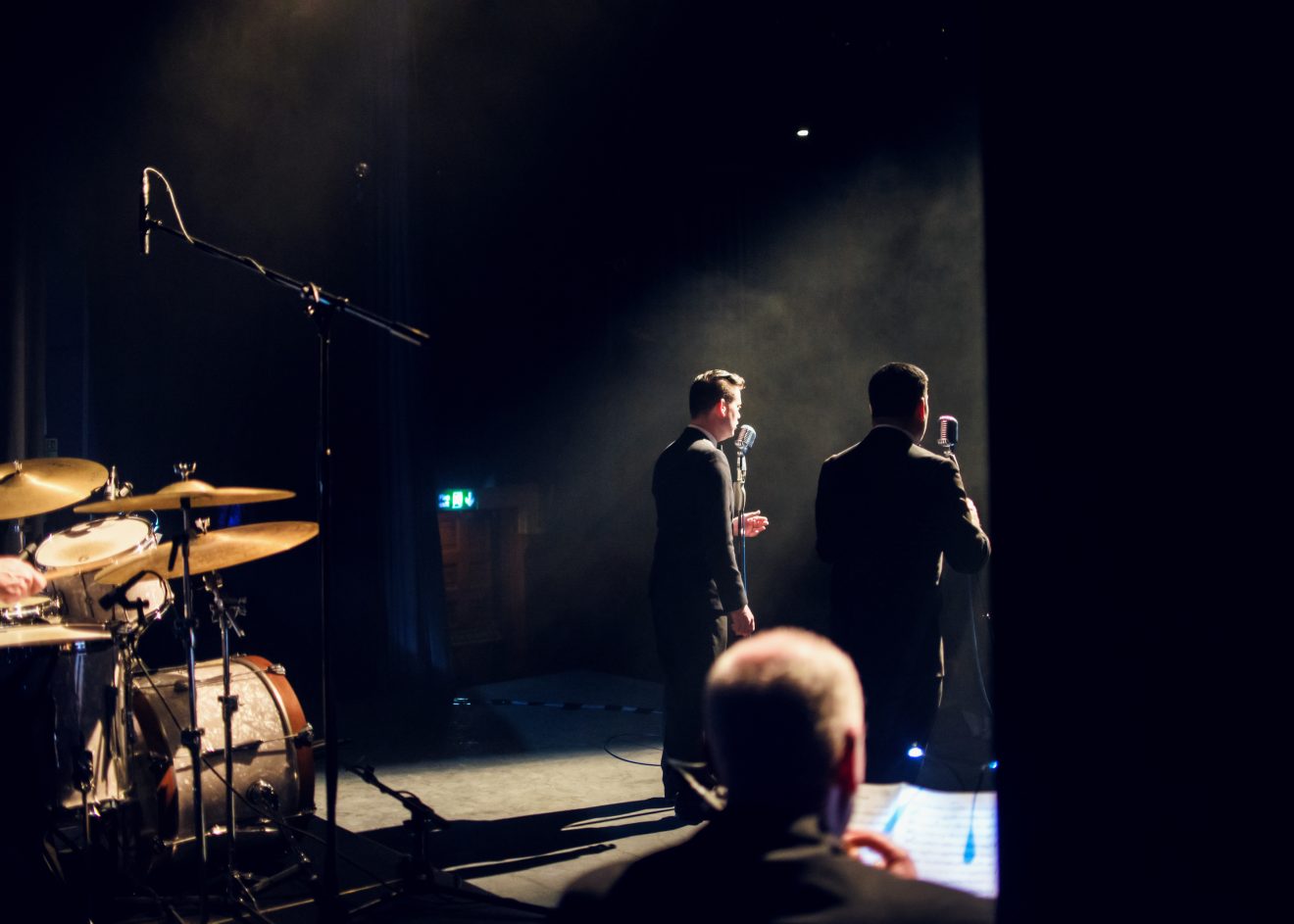 Following a sellout in October 2019, MASTERS OF SWING return to the Seagull with their festive show Christmas Crooners.

The show is packed full of classic Christmas songs in this exciting traditional festive show which celebrates the best singers from the golden age of swing and the big band era in a fun-filled, traditional style holidays special.

Join acclaimed crooners and brothers Stephen and Paul Amer, who have sung for the Queen, live on BBC Radio 2 and at some of the UKs most prestigious venues as they take you on a musical journey band paying homage to such legends as Frank Sinatra, Tony Bennett, Nat King Cole, Andy Williams, Dean Martin, Bobby Darin, Bing Crosby and Matt Monro to name a few.

Featuring such songs as ‘Have Yourself a Merry Little Christmas’, ‘White Christmas’, ‘Chestnuts Roasting on an Open Fire’, ‘It’s Beginning to Look a lot Like Christmas’ and ‘Santa Claus is Coming to Town’ to name a few, the show promises to be a night you won’t forget that will have you singing and laughing in your seats!

Where To Find Us